After her video went viral on Facebook during Christmas of 2016, my model, Chelsea, became known as the Messy Bun Hat Girl. When it came time to design a new ponytail hat, I just couldn’t resist naming this Beehive Messy Bun Hat after her.

This new, highly textured hat is worked from the bottom up in the signature style of Made with a Twist (by Crochetpreneur). A ribbed brim creates just the right amount of stretch to get the hat over even the thickest of hair and the horizontal beehive ribs create such a great, stylish texture that makes this a versatile and comfortable bun beanie. As all of my bun hats do, this one has our trademark elasticized opening to keep the hole tight to the hair so the wearer gets no chilly winter draft! 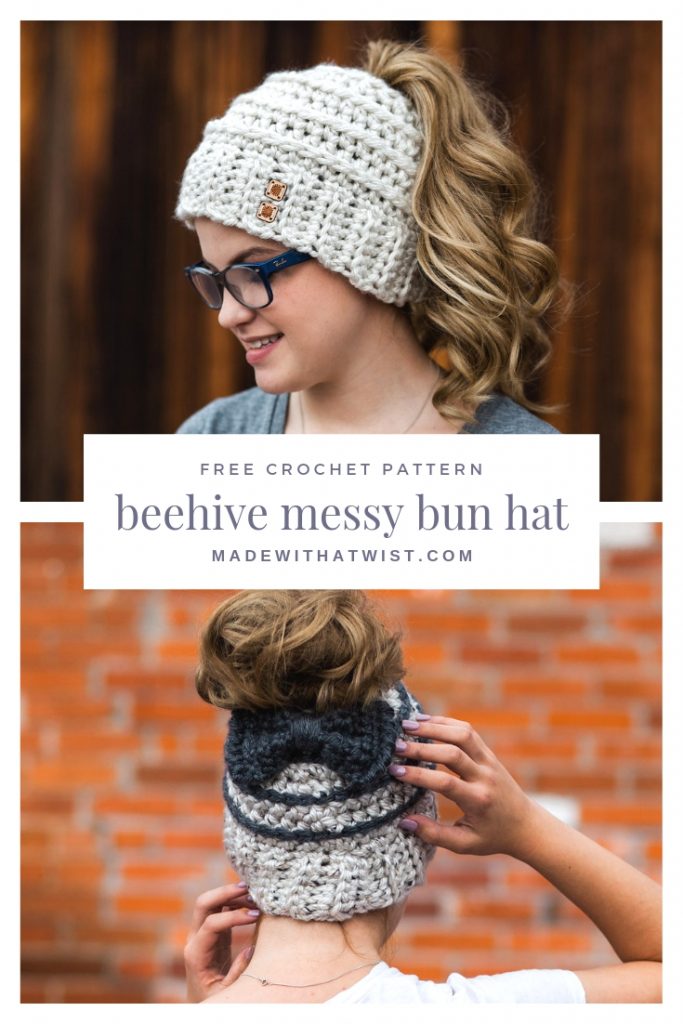 Looking for a closed, regular hat version of this pattern? You can find it on the page, Free Crochet Pattern: The Beehive Beanie.

Below, it’s shown with our mandala logo buttons from All This Wood LLC. You can get some made with your own logo, here on Etsy.

Want to be in the know when new free patterns come out? Subscribe to one of our newsletters and you’ll never miss a thing!

Ready to make your own?

Here’s everything you need to know to make your own Beehive Messy Bun Hat.

There are several ways you can get your hands on the pattern:

To Make the Band at the Bottom of the Hat

Do not fasten off.

With right sides together and the crochet hook on the right-hand side of the piece, SLST the last row of SCs to the beginning row of chain sts, matching the stitches across. This will create a circular band.

Turn the cuff right-side out so that the seam is on the inside.

CH1 and work across the top of the ribbing. You’ll be working in rounds now.

To Make the Top Part of the Hat

RND 2: CH1, HDC into the same stitch as beginning CH1, HDC in each stitch around. Join with SLST to beginning HDC. 36 sts

RND 3: (working in the back bar – aka third loop) CH1, HDC in each stitch around. Join with a SLST to beginning HDC. 36 sts.

Rnd 9: CH1, HDC in the same stitch as beginning ch1, HDC in the next st, work a HDC2TOG decrease across the next 2 sts, *HDC, HDC, HDC2TOG,* repeat from * to *  around. Work a HDC in any remaining stitches after working the decrease pattern. 20 sts.

Fasten off leaving enough yarn to tuck in.

Tuck ends and sew on buttons as desired.

Once Your Project Is Finished

I know you’re going to love making the Beehive Messy Bun Hat and I so look forward to seeing your finished product.

You can share them with me in one of two way (or both):

Get Notified Of New Patterns

Love designs from Made with a Twist by Crochetpreneur? Stay in the loop on all my upcoming patterns and projects by subscribing to my newsletter and you’ll be the first to know! SUBSCRIBE HERE

More Messy Bun Hats From Made With A Twist 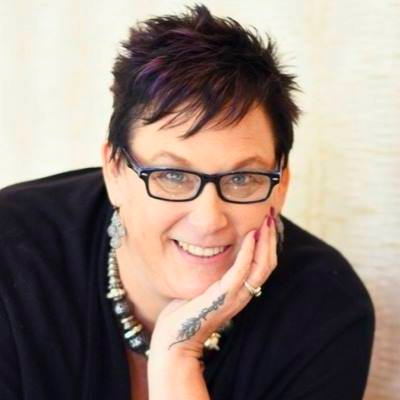 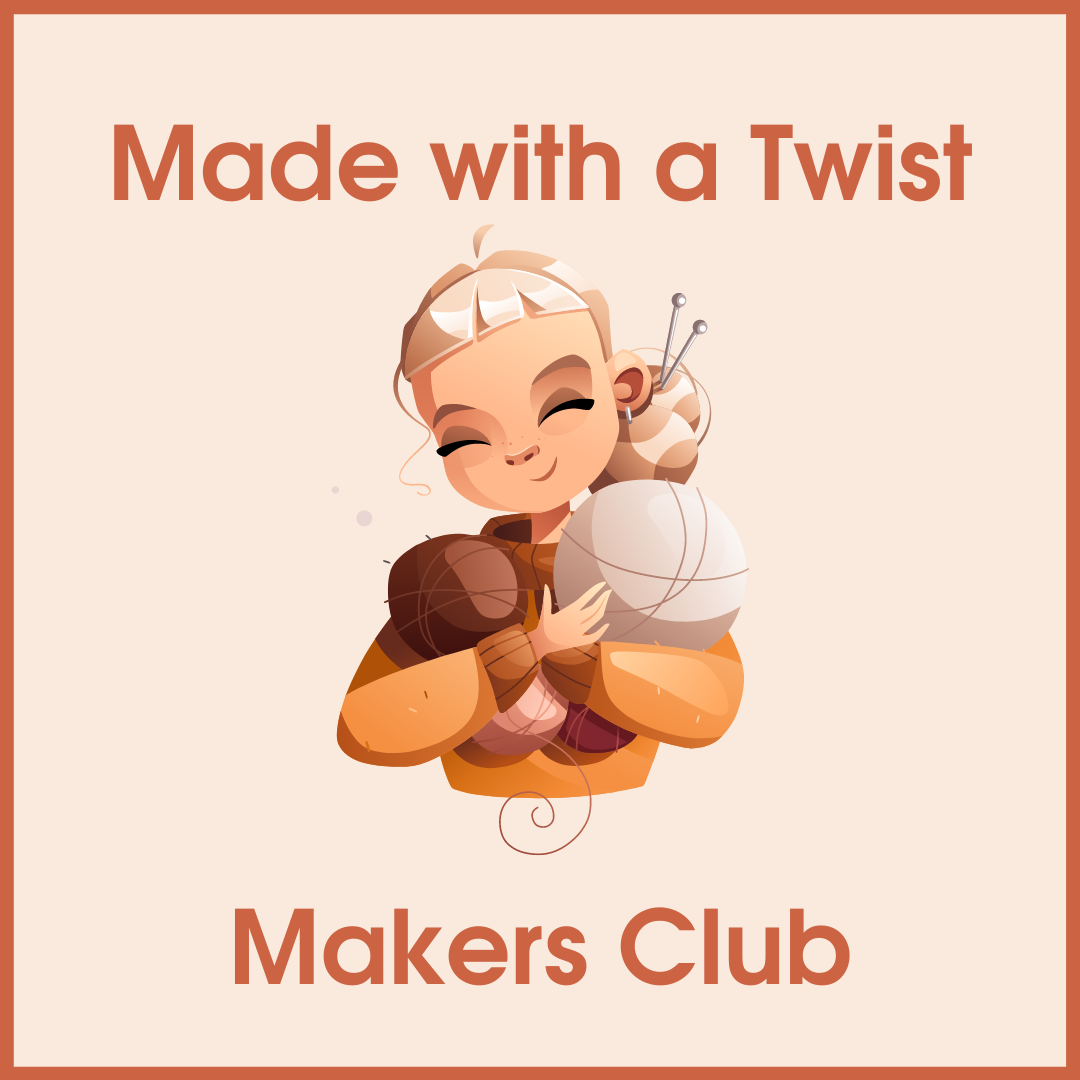 Crochet bloggers have my permission to use one photo in your roundup post as long as a link is provided back to the associated blog post. Guest posts excluded. Be sure to let me know when your roundup is published so I can share it on social media. Thank you!
206
4.6K
We use cookies to ensure that we give you the best experience on our website. If you continue to use this site we will assume that you agree with our Privacy policy.No worriesPrivacy policy